I love my Panasonic 14-45mm lens, but its lens cap has been a huge hassle. I cannot put it into my pockets because they are dusty; I cannot use a lens cap clip because I don't hang my camera on my neck and I cannot use lens door because I always use a lens hood.

After many thinking and experiments, this is the easiest and best solution I came out - just push a small magnet into the lens cap. I used it in my recent summer trips and loved it.

Does Google Voice now allow Chinese in SMS and to China?

I tried Google Voice in the past to send a SMS in Chinese and never successful. I also tried to send SMS to China, failed too. Last week I received a SMS written in Chinese from a China mobile phone, somehow I replied it directly within the Google Voice app and, to my surprise, it went through!

Actually, it failed at the first attempt but then it tried again immediately and show me "Sent": 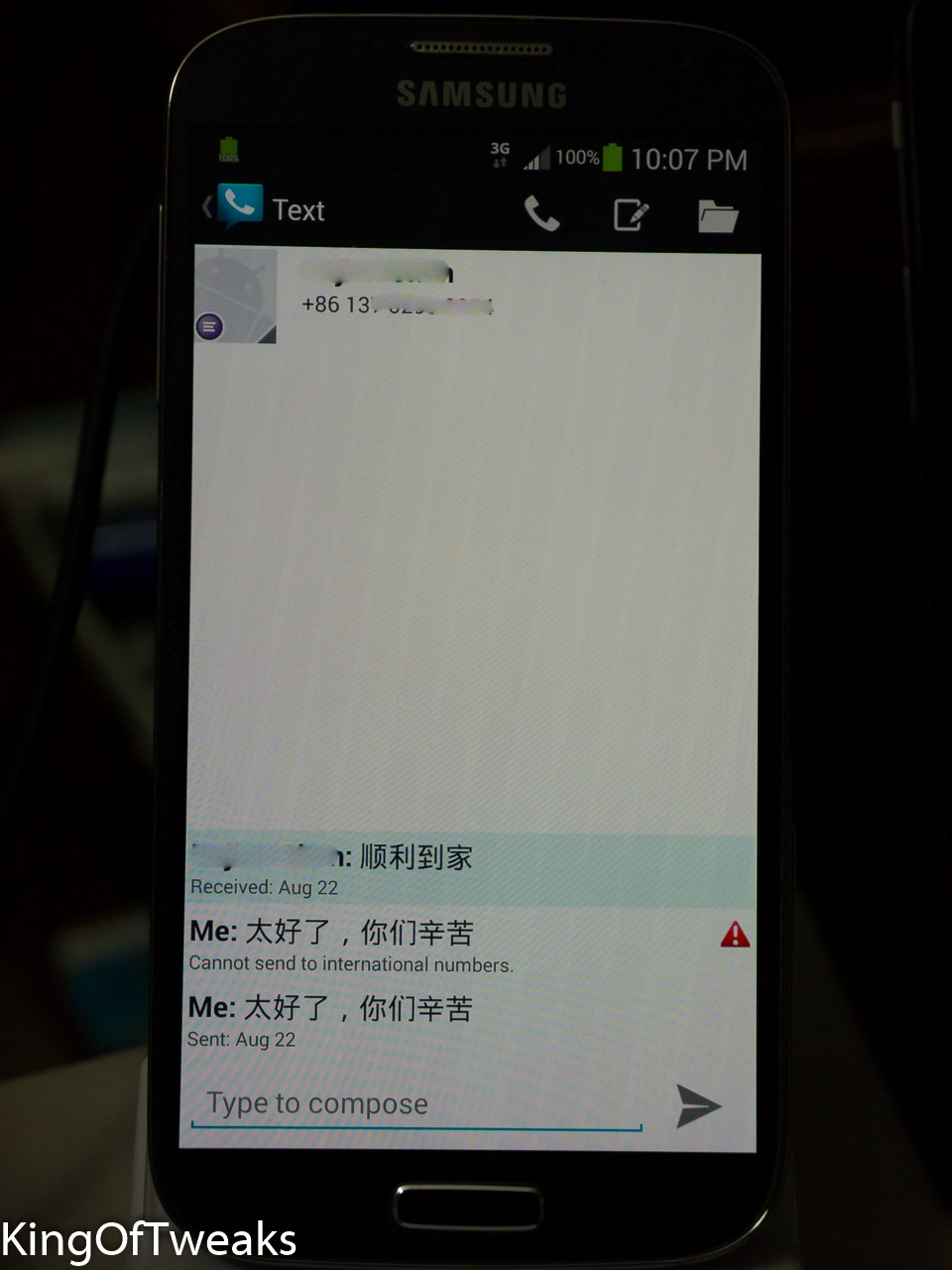 I then tried several more times, all the same results. I also tested on my computer and verified that my GV account was not charged: 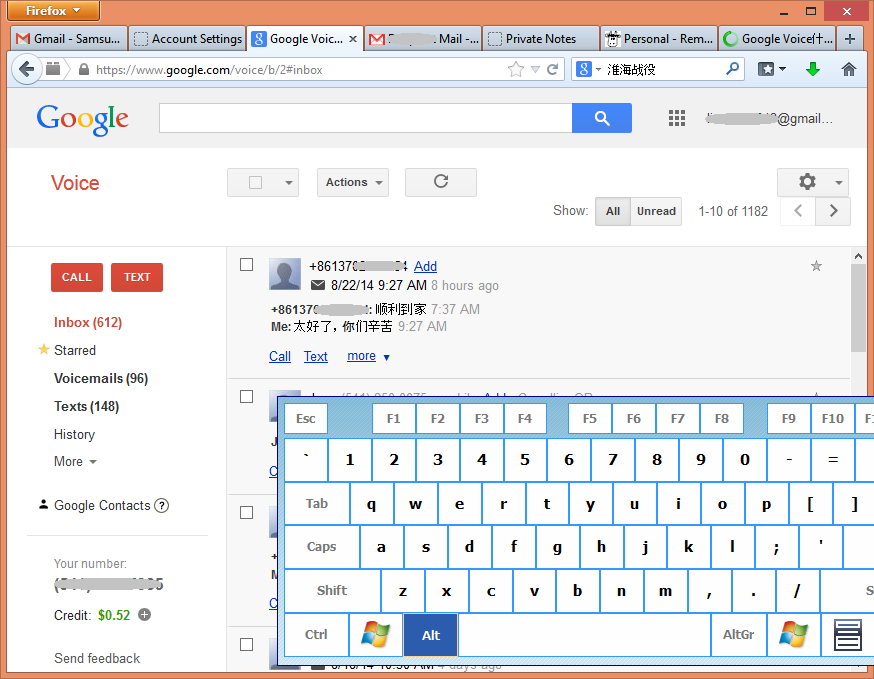 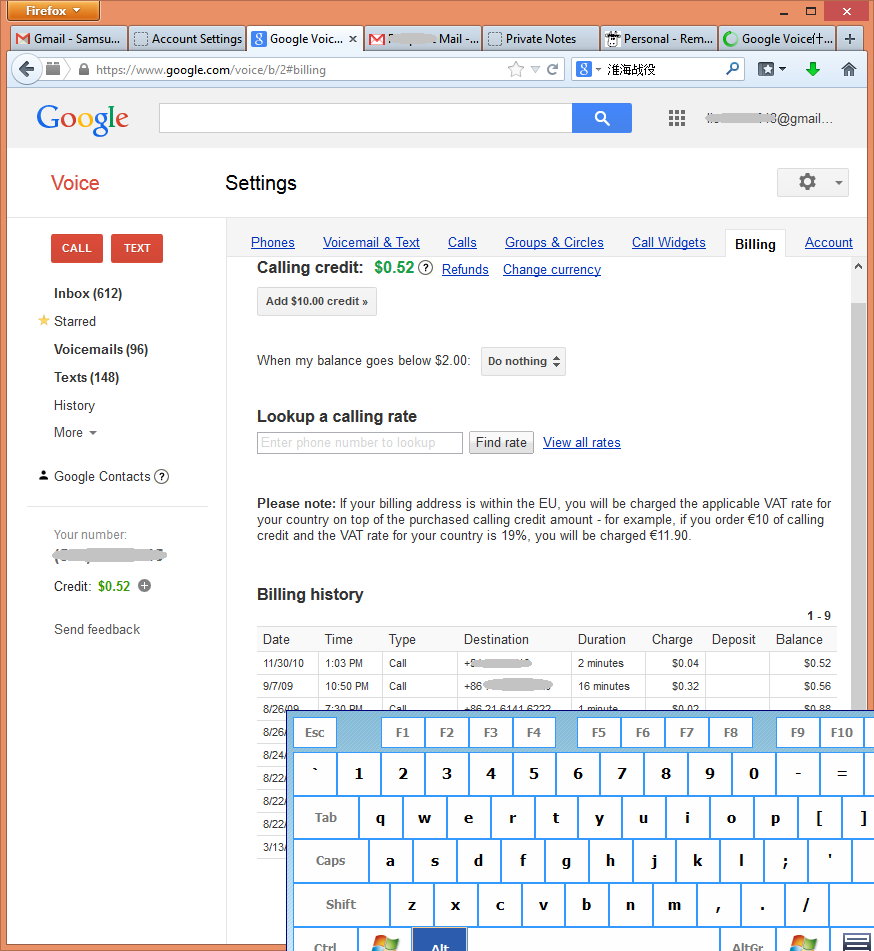 MetroPCS has been selling the LG L70 for only $49 for quite sometime. What a steal! 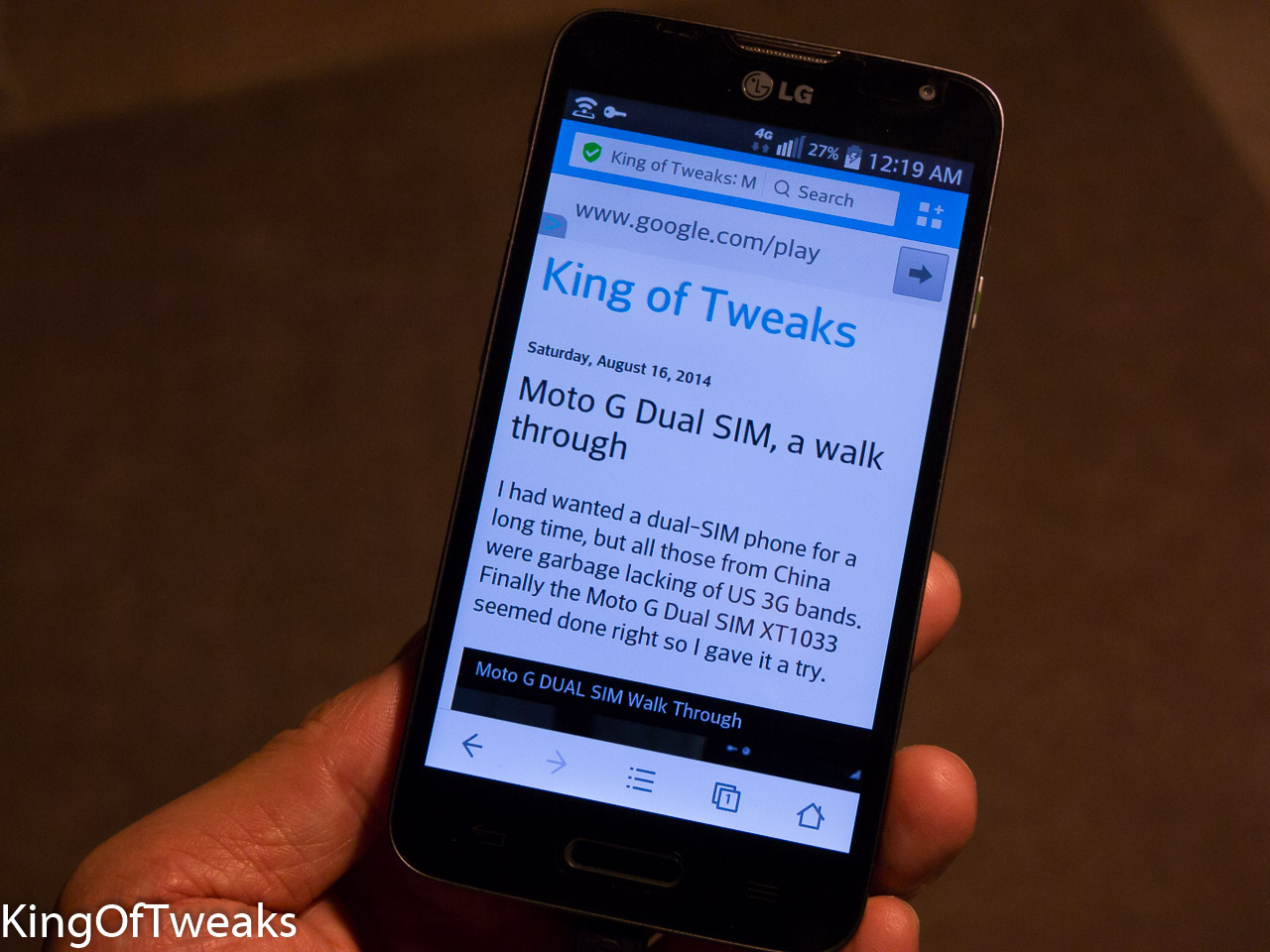 Don't make a mistake to relate performance, features and building quality with its low price tag. This phone has nothing to lose to so called hi-end phones that add lots of garbage to a clean Android. This is one of the few times you do get far more than what you pay!

My favorite browser Boat cannot do text wrapping on this phone (stupid Google removed it from KitKat) but UC browser does that well. Boat (not the mini version) is by far the only browser that does not consume CPU while idle. UC uses a small amount of CPU time now and then, still far better than others such as Opera Mobile on this regard. Other browsers are poor on text wrapping, they are useless, not worth of mentioning.

A tip: don't tear off the factory screen film, just cut off the tiny tab with an X-ACTO and you have a perfect screen protector!

Another tip: you may buy one from BestBuy and they will price match 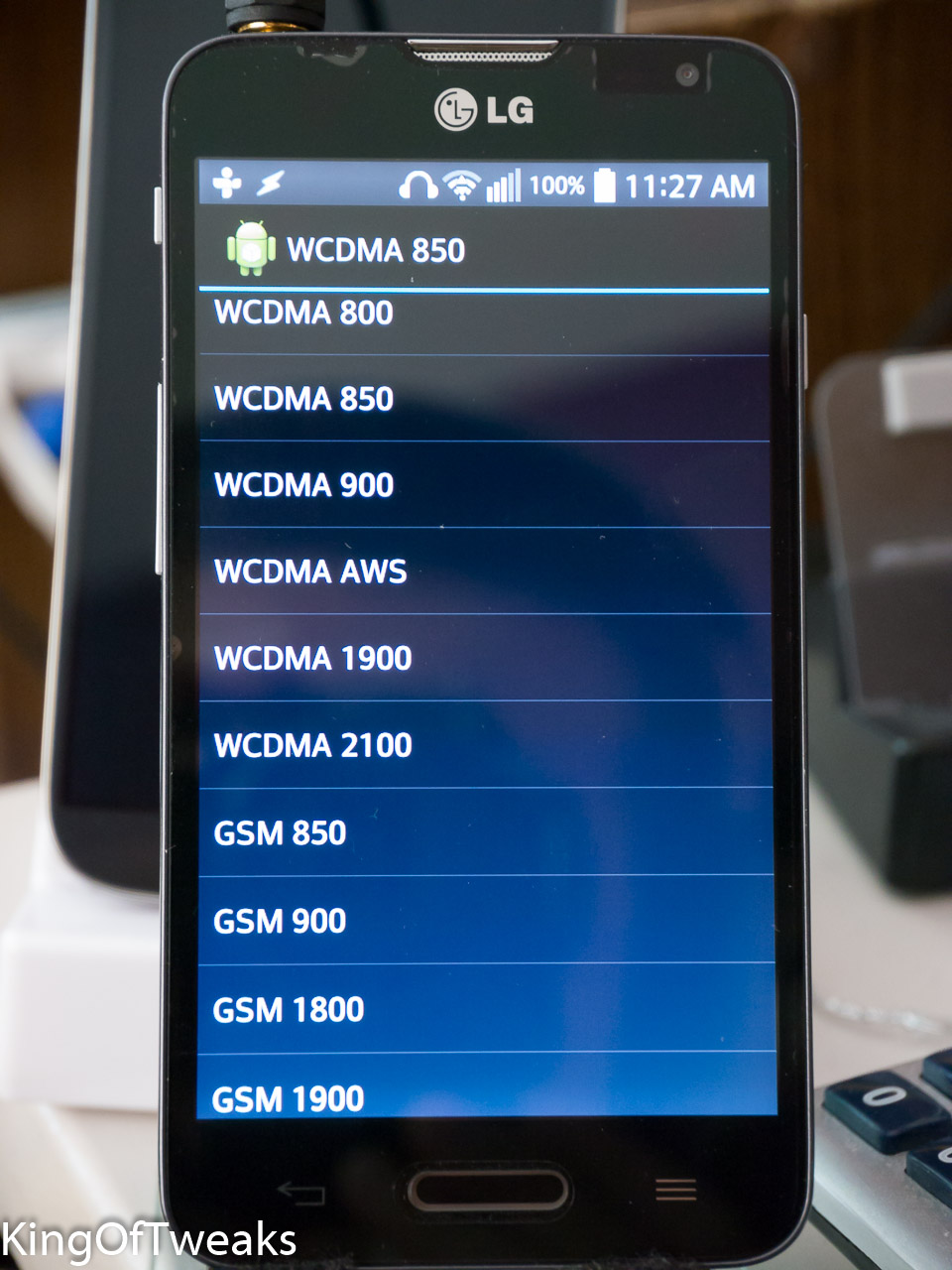 I had wanted a dual-SIM phone for a long time, but all those from China were garbage lacking of US 3G bands. Finally the Moto G Dual SIM XT1033 seemed done right so I gave it a try.

It is true dual standby: incoming calls can ring from each SIM, even while any one of them is using data. You can let the call go into voicemail, or let it break the data connection and ring the phone immediately.

For $200, I think it is currently the best dual-sim phone. Others are over priced and/or not done right. The Sony Xperia M2 is similar and similarly priced with a larger screen (4.8" vs. 4.5"), but Sony is always over-priced (e.g. RX100) and/or done with some stupidities (like Samsung before Galaxy). I used to hate Moto too due to its add-on to standard Android, but this phone comes in clean Android.

The power and volume buttons are all on the right side, nice. The headphone jack is still on the top side though, like all other phones, stupid. Screen is great, anti finger prints on both sides. 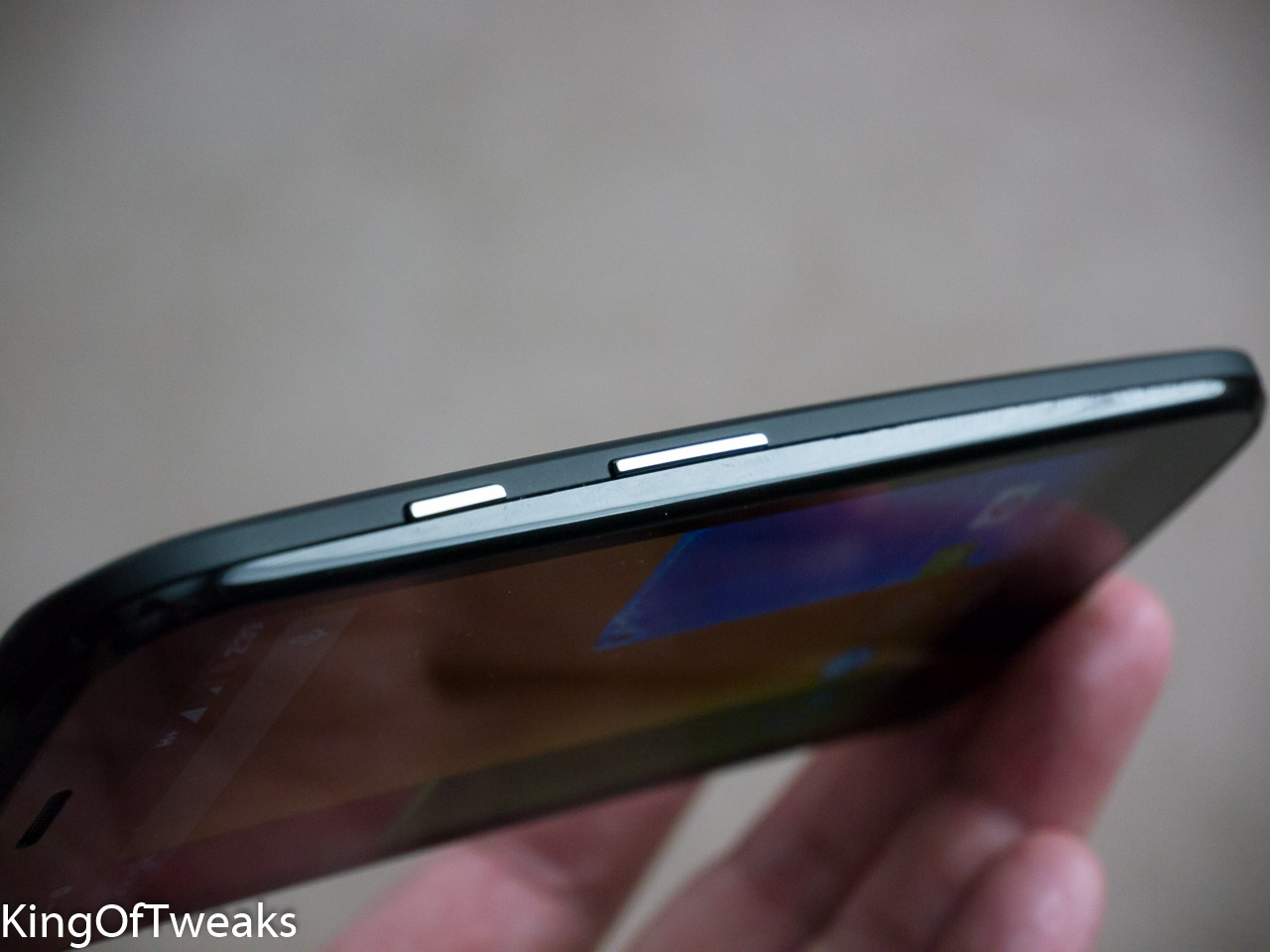 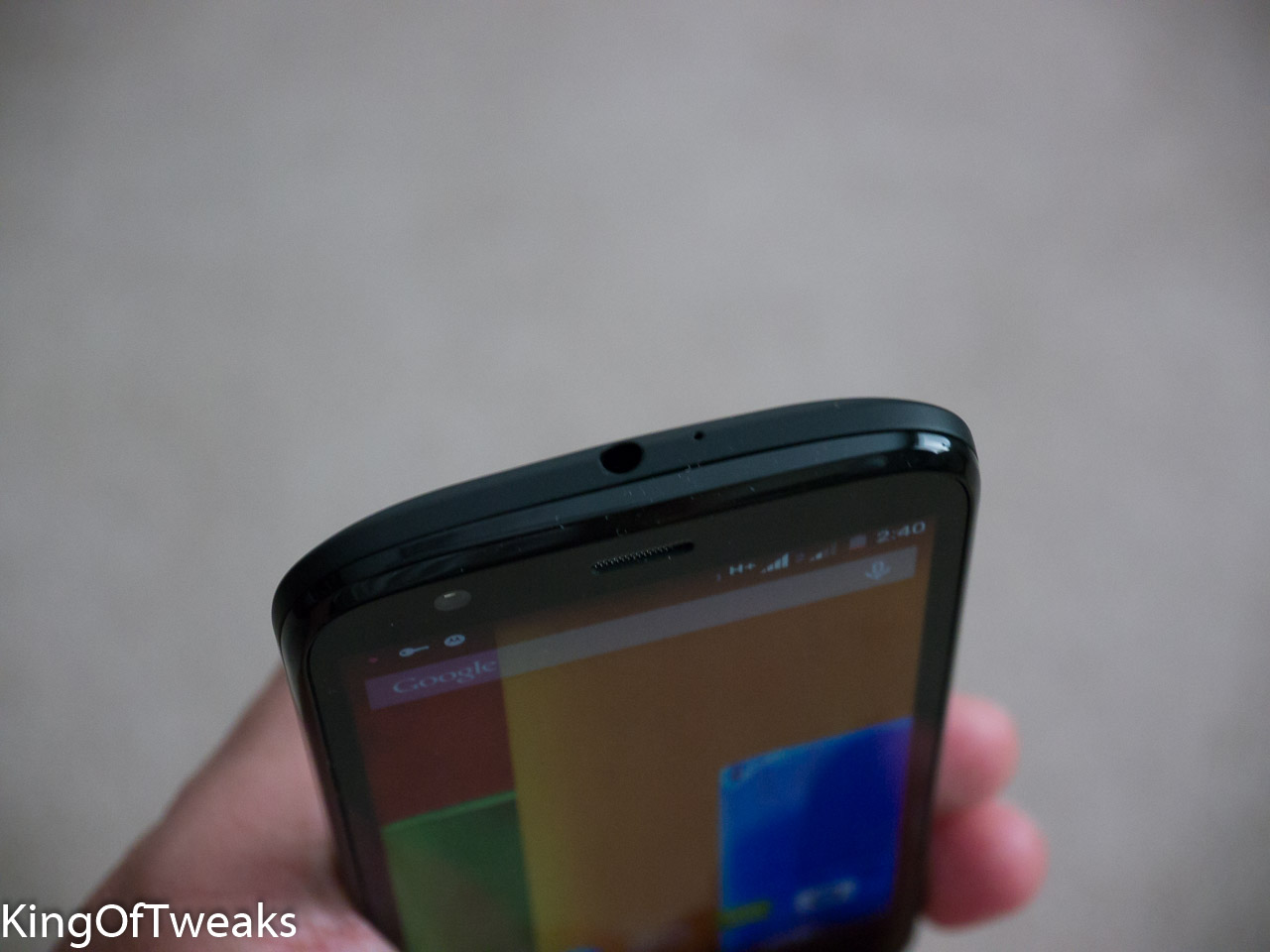 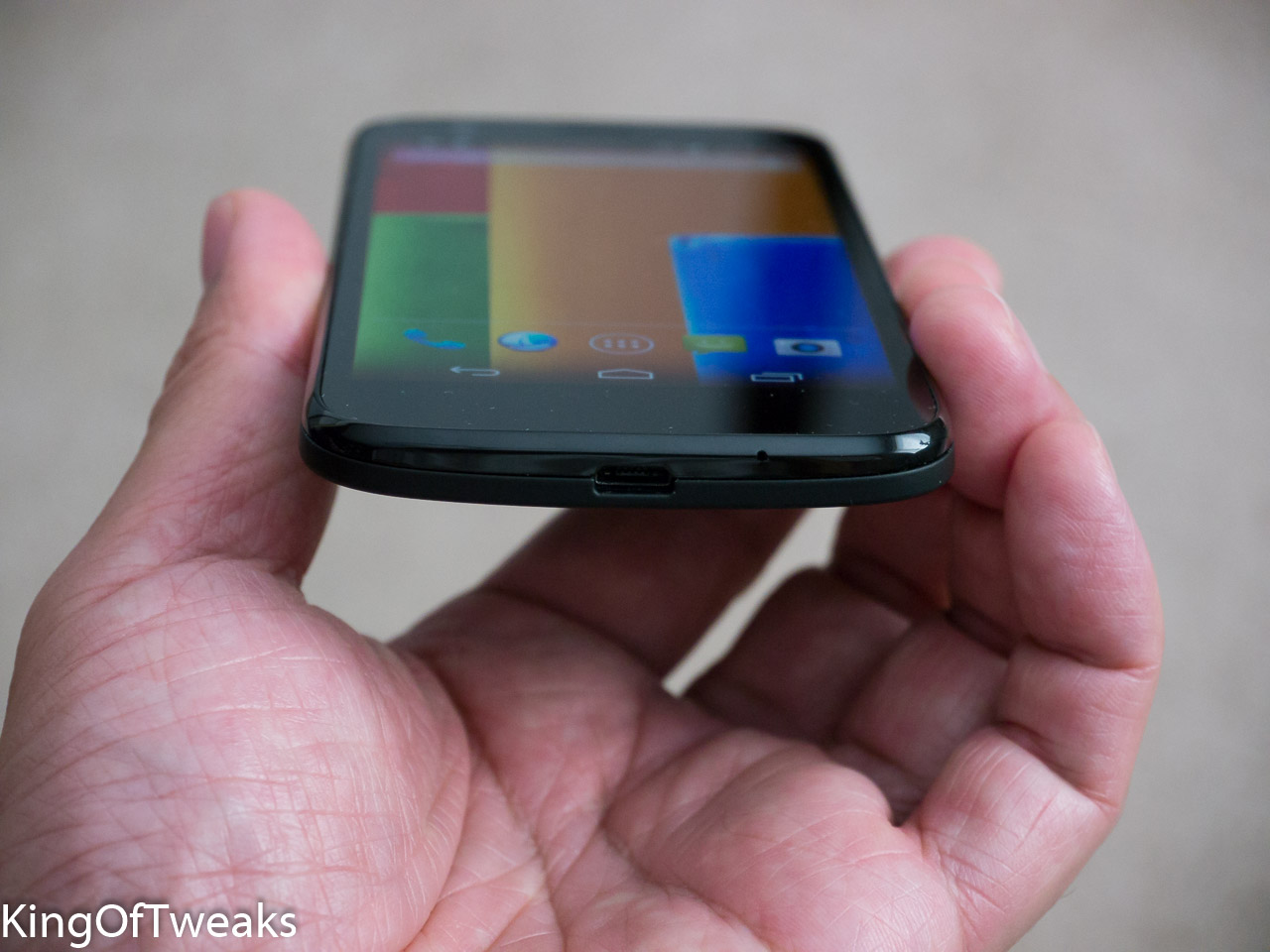 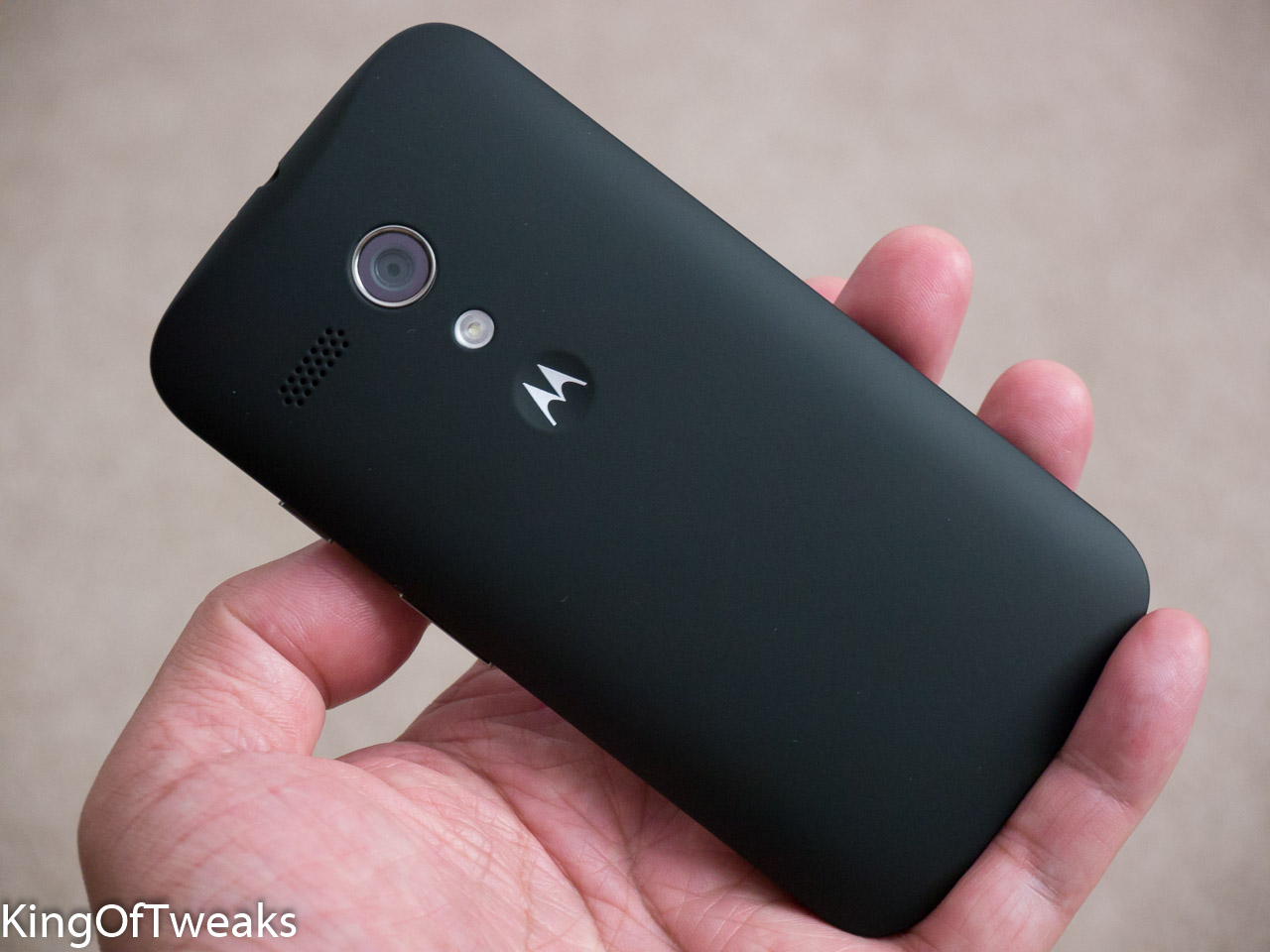 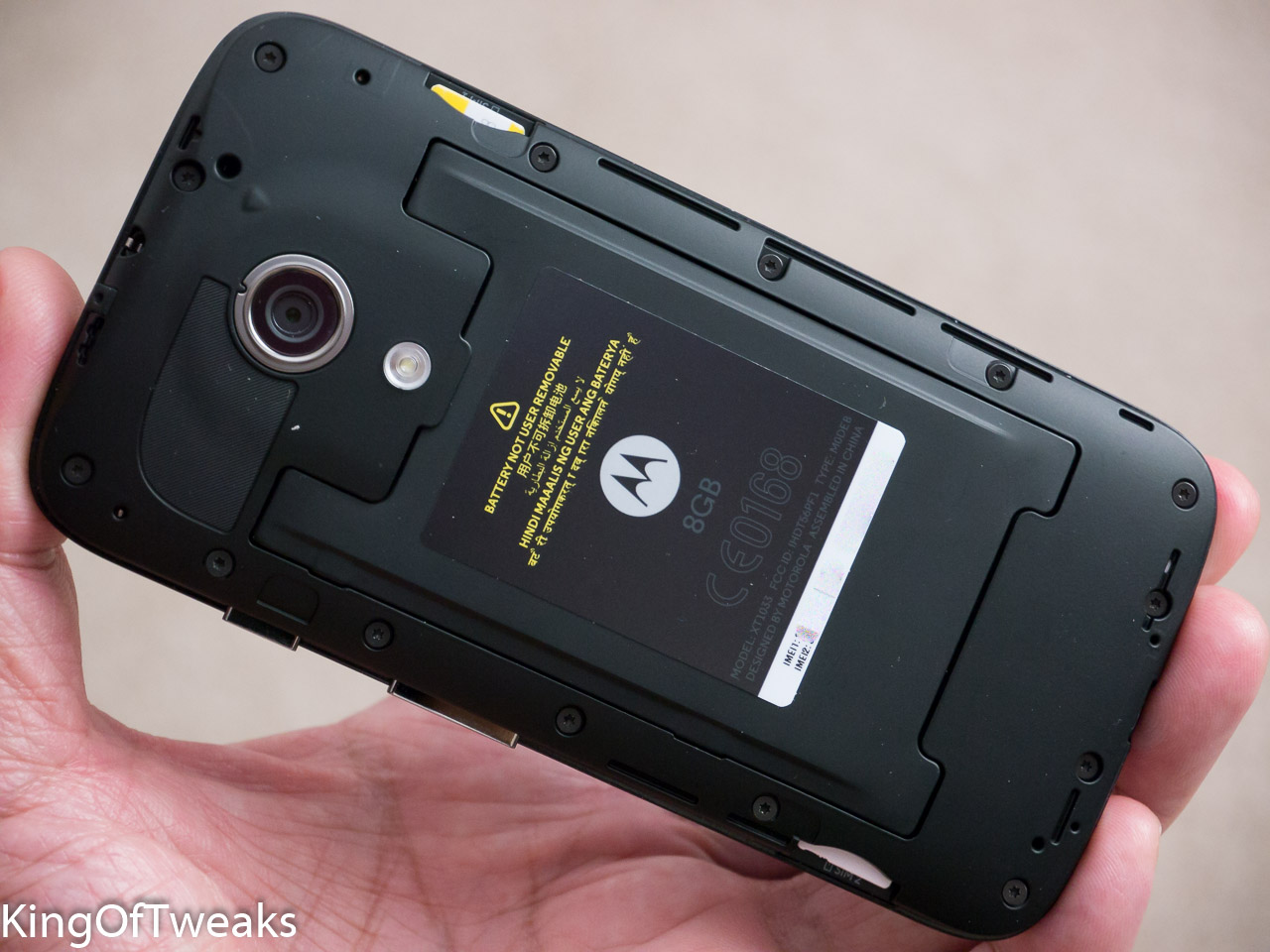 Battery life seems very good. About 3% drop overnight with 3G on and drain seems quite slow while I use it as a WiFi Hotspot. Charging is very slow, I might be too spoiled by Samsung.

Although both SIM slots can use data (one at a time), it is better to use data on SIM 1, because Sipdroid won't see a data connection on SIM 2. Hopefully Sipdroid is the only app that has such a problem, otherwise such dual-SIM phones are not for hot swapping between two data service providers without having to physically swap cards. Not a problem if your intended use is one for data/voice and one for voice.

The phone comes with Android 4.4.2, I updated it to 4.4.4 OTA. I then unlocked its bootloader, flashed TWRP recovery and root it. All fine, follow this great guide.

FM radio is mono, not stereo, hence not good for music but talk shows.

I bought this phone on ebay, from seller yumnatel08. It is an Asian version with Chinese, traditional and simplified, as one of the build-in languages. For a full list, watch above video.

Recently I bought another great phone, the MetroPCS LG L70. It is single SIM, but for just $50 you cannot get a better global phone including T-Mobile's AWS band. Unlock costs less than $2, Hotspot works out of box and 16:10 (not stupid 16:9) 4.5" screen is very eye friendly plus bold fonts; so it is a better choice than the Galaxy Light. Full Chinese UI out of box. If you need LTE, then the MetroPCS LG F6 for $70 is the one.

Lenovo K910 is the next dual-sim phone I would like to try, for its CDMA support and large screen. However CDMA is on SIM 1 only and SIM 2 cannot use data, otherwise I would have already bought one. This means it cannot use PagePlus for voice while using T-Mobile for LTE like the Galaxy S4. Still an overall better choice than the Galaxy S4 and later models, especially for its dual-SIM and $300 price tag.
Posted by Sean Chen at 2:16 PM 6 comments: