When you use your laptops on Wi-Fi, have you noticed something like "xfinitywifi"?  The name may very depending on where you are, like CableWiFi instead. Connect to it, then your web browser will open automatically and you'll get 1 hour of Internet for free. Speed is pretty good at about 12MB down and 2MB up. 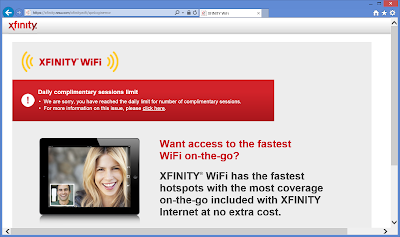 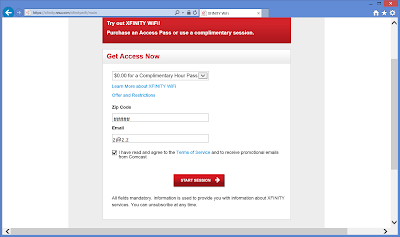 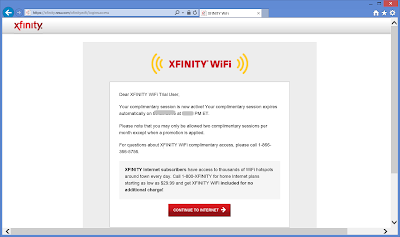 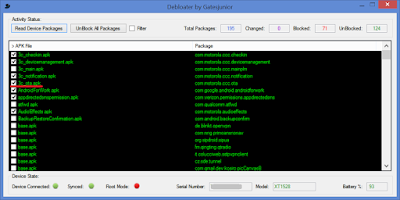 Right after done this, the annoying and dangerous notification "Install System Update" is gone, forever.

In order to block some other annoying notifications: "SIM card is not from Verizon", "Sign into network" and "Update package notifications" (by WeChat), you may simply install an app called as Notification Auto Clear. Note that this app will block all notifications by default and you need to enable those that you do want.

Other than using a simple app, I do it in a far more complicated way: Tasker + Notification Listener.

In Tasker, I create a new profile: Event, Plugin, Notification Listener, Posted and select all apps. 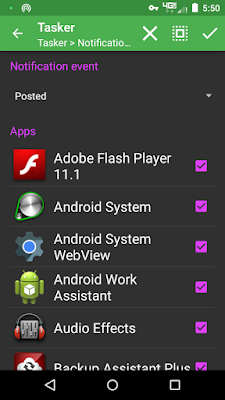 The new task for this profile: Plugin, Cancel notification, and "Notification key" is %nlkey. Then add all the titles of the notifications you want to block in the "If" field. 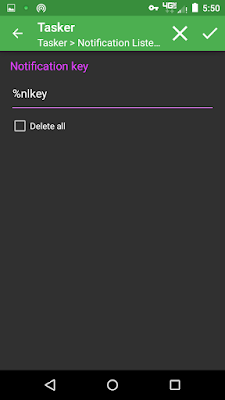 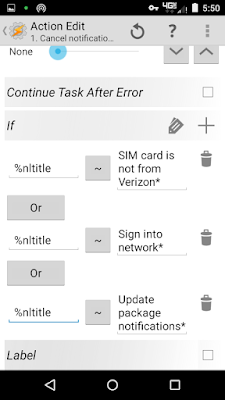 I also disabled all the apps I don't need: Settings, Apps, ALL. Disable all you may, except those you do need. Don't disable these three unless you know what you're doing: Google Play Service and Google Service Framework (for Google apps such as GMail and Google Voice), and Media Storage (for ringtones). You may use Debloater, but it is more powerful and thus might let you disable wrongly a necessary system app.

See how clean the notification area is now: 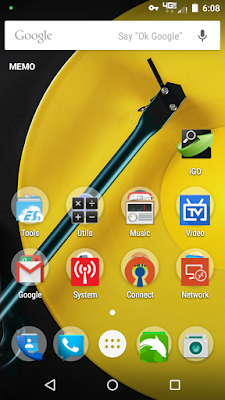 Lastly, if you're bothered by the phone's self activation, check "VzwPhoneService.apk" in Debloater and apply.

Get rid of the downloaded system update from the moto E!

The moto E is my current favorite phone because it has so many aspects done right for so little money. Soon or later, this phone will receive a system update notification and you should not accept it, because it'll make it more difficult or even impossible to use its GSM mode. However, if you don't accept the update, the notification is quite annoying and you may still accidentally accept it. 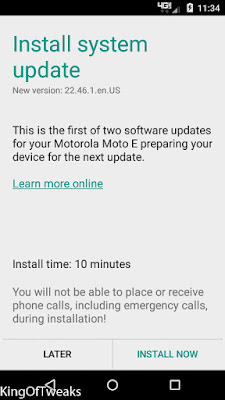 First thing first, don't touch on "LATER" or "INSTALL NOW", just touch the home button whenever you see above popup.

And, good news, I've found a way to get rid of the downloaded (but not installed yet) dangerous update.

Download and install KingRoot 4.1. You may need to give it many tries to eventually get a successful root and this V4.1 gives you the highest chance. If it no longer want to try, clear its data, force stop it and start it again. During the rooting process, don't do anything and just wait. Removing unnecessary apps may also help the success rate, especially those conducting lots of background activities such as TogicVideo. 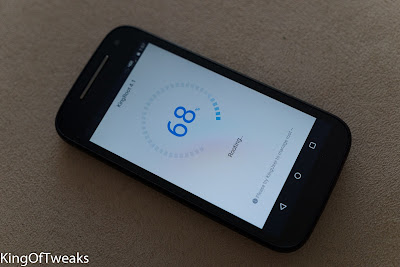 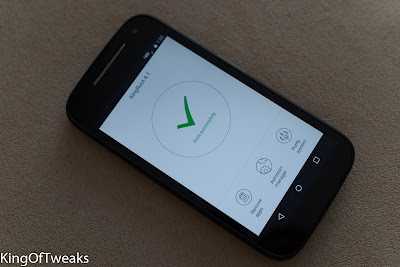 Now download and install a terminal emulator (I use JuiceSSH). Make a new connection to local and type in "su" once you are in the terminal. KingUser will ask you and you select "Allow"： 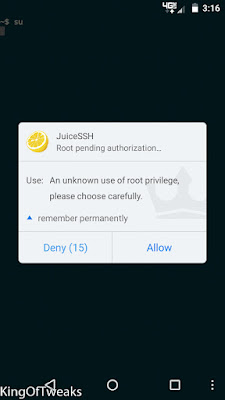 Now you have the root access, type "ls -l /cache" and you'll see there the downloaded update file, Blur_Version.22.41.28.surnia_verizon.verizon.en.US: 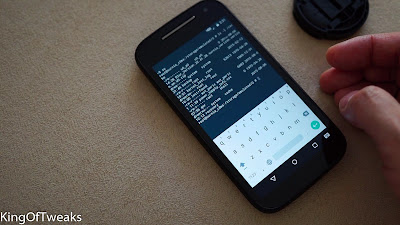 Type "rm /cache/Blur*" to remove the downloaded update. Type "ls -l /cache" again to make sure you no longer see it. Reboot, you'll happily see this: 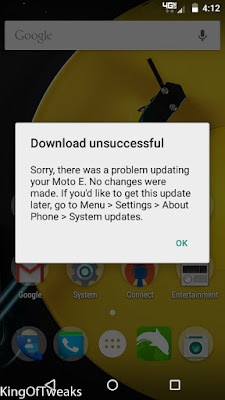 Or, if you touched "INSTALL NOW", you'll happily see this instead after the reboot: 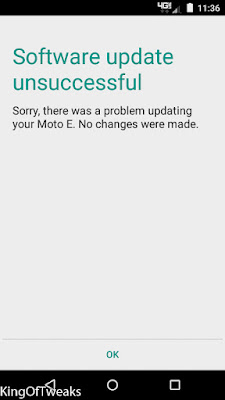 It is too early to tell whether the phone will get the update again or not, but at least peace for now.

[update] The next morning, the system update notification showed up again. This time, I simply root again and removed the downloaded zip in the cache folder. From now on, I'll just touch the home button whenever the update pops up. Not a big deal, because the popup does not show up too frequently and I know no damage if I accidentally touch the wrong button.

[update] Permanently block system update and other notifications.
Posted by Sean Chen at 4:40 PM No comments: